Happy Halloween - Death of a Willow 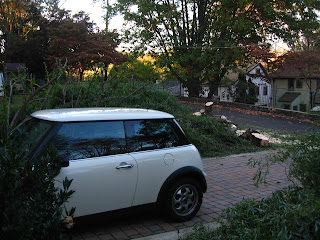 I hope you guys don't mind, but I'm going to post 2 photos for Halloween. The first is a photo of our neighbors' curly willow tree. Actually, it's the remains of the tree after they had it cut down. The tree was getting too big for the space and was threatening some power lines, so Deb had some people come give estimates. One guy stopped by because he was in the area and he gave her a really good deal if he could do it immediately, so she jumped at the chance. It's sad because it was an awesome tree.

My second photo is of my mom's awesome jack-o-lantern. Can you tell what it is? 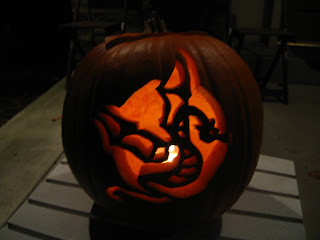